MIA Co-Growing is an ecosystem made by, and for, women, a space to work on their project in a environment tailored for them. When you talk to the project’s promoters Ana Cecília Cárdenas and Marisse del Olmo, you will understand that the project goes beyond just a business initiative. Mia was conceived as a platform for female talent; and it is precisely this approach that drives them to fight for tangible social impact.

The professional lives of Ana Cecília and Marisse have revolved around social issues such as immigration, social development, human and women’s rights from the beginning. Their lives crossed when they where both living in New York and met in the Mexican representation at the UN. Ana Cecília, in fact, worked several years out of WeWork and Neuehouse. When they met they started thinking about returning to Mexico to develop a project that can welcome female talent and help the country advance.

Mia has an inclusive approach: they welcome male employees who work on projects led by women, and men are welcome to attend meetings or events that take place in the space: “If we did not allow access to those woman’s projects that include men, we would be working against female entrepreneurship. We would be discriminating and that is not what we are aiming for… In Mexico, it is important for women working on projects to connect and meet each other. There are many women who are doing incredible things and we see them as role models — but we do not know each other.” There are many places where men network, but when they started this project they couldn’t find a space for them to network where they felt comfortable. Ana Cecília concludes: “We have similar problems, and among ourselves we can talk and see how to solve them.”

All of this raises the question: what makes projects headed by women different? Marisse takes the lead herself: “We have skills and perceptions that are different in nature, neither better nor worse: just different.” She then points out an important aspect that we should keep an eye on: “There is still a large gap in the number of women participating in the labor market, it is getting smaller but it is still there: currently [only] 43% of women of working age participate in the labor market.” This fact gets to the heart of why it is important to support initiatives trying to promote women’s participation in the labor market, giving visibility to women’s work, and demanding fair representation and access for women.

So far, the project has been the subject of debate and attention, but they haven’t found anyone who can dispute its rationale for existing.

Ana Cecília and Marisse believe that there are common characteristics of coworking among LATAM countries that make coworking here a different experience than coworking in Europe or other parts of the world.

Their analysis of the coworking situation in Mexico lines up with the previous analyses that we have collected in this series. “Coworking in Mexico is growing at a rate of 30%, and in 2019 it is expected to grow even more due to the movement of corporations towards coworking. This is happening in Mexico City, Guadalajara, Monterrey, Querétaro, and other big cities, but not in the rest of the country.”

In Mexico City there is no need to explain what coworking is, the term is well known, especially for people younger than 35–40. “Coworking in Mexico does not present significant differences to other countries beyond the cultural characteristics common to Latin America.” In Mexico City, they tell us, they’ve been seeing spaces specialize in different professions or sectors such as doctors and psychologists, beauty, art, yoga, coders, etc.

So what does coworking mean to them? “Coworking means sharing experiences, being in a comfortable place, meeting other people, creating a support network among them, and taking away the formality of what we used to see as work, having your space and not having to pay a fortune for an office that has all the facilities.”

Seeing collaborations develop in a collaborative space usually are one of the most rewarding experiences for coworking managers. “Karen Peaskoski gives dance classes, her project Dansanity empowers women and girls through dance and self-esteem talks to understand her body, watching it in a healthy way while promoting a balanced diet and promoting exercise.” Karen needed a video and on the other side, we have Regina Cervantes and Irene Trejo who have a project called Eteria, from which we will soon have some interesting news, and one of them is a photographer and video-maker. A collaboration was established to make Karen’s promotional video, but two projects were now in contact and they helped to weave a new knot in Mia’s network. Hence the importance for all managers to know our community in depth, not only at a professional level but also at a personal level since a secondary occupation or a hobby can be invaluable to another community member.

The question they have never been asked — or the one they feel they are not asked enough- is about the social nature of the project. One of the fundamental axes of MIA is their participation in the B Corp certification program. This certificate requires commitments in different fields like community, environmental, governance, and employee treatment, and would recognize the work that MIA is doing. As they have been operating less than a year, they can not be evaluated so they are waiting to get the final confirmation of their certification.

That said, they already have several projects and initiatives to create social impact. The first of them aims to take MIA outside their walls and share their knowledge in universities and schools, including conferences and other educational opportunities.

They are also evaluating how they can make MIA accessible for people who can not afford to pay regular membership. The idea is to launch a call-in university entrepreneurship schools so that women who are developing a project can be part of the community. They will allocate a part of the memberships they currently charge to members to support this program, which, they tell us, is designed not only to add value to those people who would access the space but to the whole community.

Why do you use the phrase Co-Growing? It’s an unusual name for a coworking space. Ana Cecilia responds that they use it to emphasize the fact that their goal is to help women grow because “when a woman grows, we believe that it can impact an entire society and generate change.”

We like good coworking in all its shapes and colors. If you visit Mexico City, don’t miss your chance to visit MIA Co-Growing and meet Ana Cecilia and Marisse. 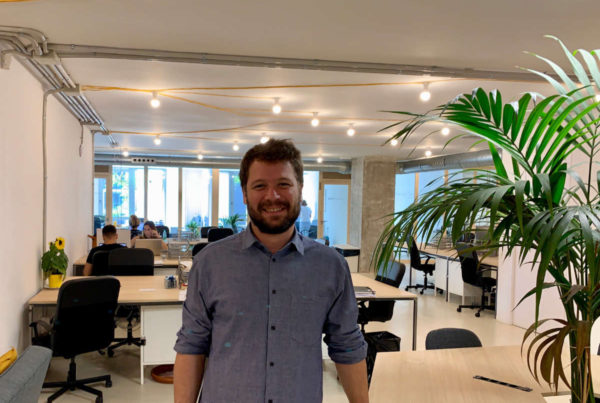 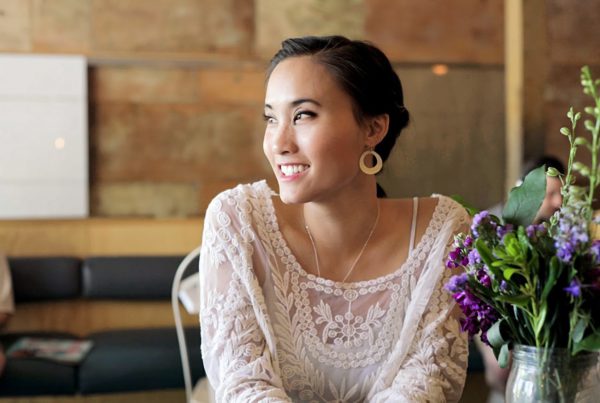 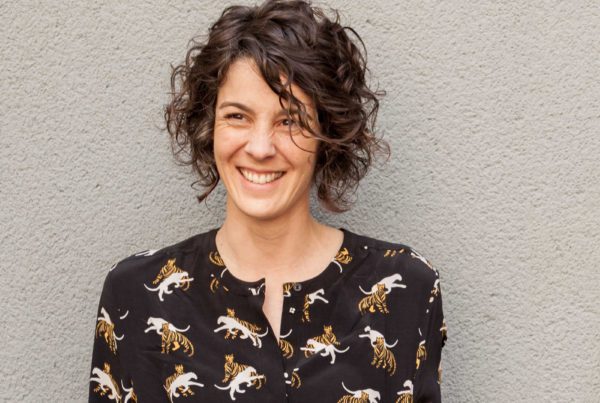